According to Wikipedia, co-housing is ‘an intentional community of private homes clustered around shared space.’

Co-housing initiatives are now popping up in Australia. As it is a relatively new model here, there will inevitably be some challenges. The best -known Australian project is probably the Nightingale project in Melbourne. A new development, currently under construction in Melbourne by Urban Coup is for two high-rise co-housing projects. The shared community open space is designed to encourage community interaction.
‍
Matthew Daley from the Institute for Sustainable Futures says: “Co-housing is not a single model of housing but takes several forms, from two households sharing a block to dozens of households coming together to design a shared community.”
‍
Co-housing projects are residential projects for and by the residents, turning traditional project development ‘upside down’. These projects start with the prospective residents, and they decide who is going to live in the development and then plan and participate in the delivery of the project. A key feature of co-housing is its flexibility to the needs and values of the residents and the characteristics of the site. The physical form of co-housing is typically compact but varies from low-rise apartments to townhouses to clustered detached houses. Structures are usually clustered closely together to enable open shared space. (Caves RW 2004 Encyclopedia of the City Routledge p119)
‍
Co-housing for seniors differs from retirement villages because the community is owned and managed by the residents, who are also likely to have collaborated in its planning (including deciding what amenities are to be included) and development.
‍
The term ‘co-housing’ can be used to describe a variety of housing models – but with the common theme of establishing an intentional community of private dwelling spaces clustered around shared space. Each attached, semi-detached or single dwelling space will have traditional amenities such as bedrooms, living areas, bathrooms and (sometimes) kitchens. The shared space will usually include a laundry, recreational space and (sometimes) a large kitchen and dining area.
‍
A key feature of co-housing is its flexibility to accommodate the needs of the residents and the characteristics of the site. The typical built form of co-housing is usually compact, and can include any of low-rise apartments, town houses and detached houses. However, structures are usually close together to maximise open shared space.
‍
The process by which co-housing comes into existence requires a group of people intentionally agreeing to work together to create a place where they all live close to one another, independently in their own separate dwelling spaces, but sharing certain things, both to reduce capital and operating costs and to encourage a sense of community. They want to provide friendship and support. A co-housing project usually includes a community dining space to allow shared meals.
‍

The Agency Project states that a project will be a co-housing project if:
‍
1. There is genuine co-design – the future residents ensure the design meets their particular needs
2. There are common facilities, designed to be shared, that are supplemental to private residences – participating in the community is optional, not required
3. The physical design promotes community interaction, while enabling individual privacy for all residents.
4. Residents are in charge of managing their own community.
5. Consensus rules/ There is no hierarchical decision- making structure.
6. There is no shared economy.
‍
In summary, the single unifying factor of co-housing is that it is an intentional community of private individual space and shared community space. One way of thinking of it is as a group of neighbours looking out for each other’s well-being. 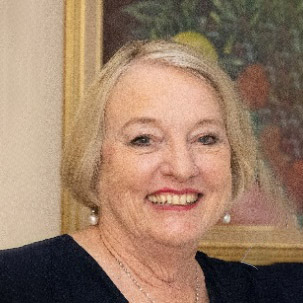 Anne has had a successful and varied career in Social Work and Tribunals for more than 40 years. She is a member of the Zonta Club of Brisbane (Inc). Anne’s experience includes Family Court, Immigration, 5years as head of the Social Security Appeals Tribunal Queensland, a consultancy in Emotional Intelligence and 20 years on the Mental Health Review Tribunal.

Send us a message if you have any questions and we’ll get in touch with you as soon as possible.

Thank you for getting in touch.
We'll contact you as soon as possible.
Oops! Something went wrong while submitting the form. Please try again.